Who We Work With

Diversity by Design works with clients to:

Our clients can have confidence that these programmes will be delivered by a team of consultants and facilitators who are ready to listen and respond effectively, creating real change in the way your people create and manage diversity.

We are running the Narrative Goals programme with 12 of their 78 departments. The work is fascinating. We start with the questions of vision. Not organisational, but intellectual. Where is the future of: animal and plant sciences, chemistry, economics, Corporate Information and IT, English?

These questions, as you can imagine, have led to the most enriching conversations. From what it will take to build the structures that can withstand extreme weather and meet carbon reduction targets, to the movement to create a relevant applied economics, to the five great challenges in IT (mobility, personalisation, the interaction between learning and research and technology, personalisation and cybersecurity – since you ask!), developments in drug discovery in India and China.

These discussions then lead onto a real understanding of who they need to make this vision real and assessment (using our matrix) of what differences in people they already have. Each of the twelve departments is making a Workforce Plan driven by this understanding of diversity.

HR are working imaginatively alongside each Department Head and the Department Workforce Champion to re-design their process of support for recruitment and promotion.

The full plans for each department will be finalised by the end of January and will be implemented and monitored during the academic year.
The whole programme will be evaluated and rolled out through the University by 2017. 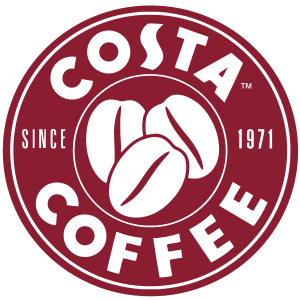 Costa is the fastest growing coffee retail brand in the UK and Europe. They have been enormously successful. Yet they have experienced a certain inertia in diversifying their workforce as much as they would like. And as much as they need to, in order to equip themselves for their ambitious international plans in the next strategic period.

Because they have been so successful there is a concentration in the staff on what has got them here. If you focus on their success so far there is absolutely no “burning platform”. They have done fantastically well. So why change anything? Diversity? It’s hardly at the top of their agenda. But, as one member of staff put it succinctly: “organisational success focuses us on things that have got us thus far, not what we will need for the future”

By focussing on the future and the strategic goals, we have been able to ask with them the questions about whether they have the cultural and management agility and ability to make their vision real. The diversity Costa needs flows from what you need to achieve those goals.

For instance where in the company is there the greatest level of ethnic and cultural diversity? The Barristas of course. Yet they experience high turnover and create relatively little career development. So how can they draw on that talent to drive their international goals?

We will be piloting our Matrix, the Narrative Goals way of recruiting and a programme to look at the way diversity can drive strategy with three departments this Autumn.

Currently in Cardiff, Edinburgh, Hertfordshire, Surrey, Kingston and Cambridge amongst others we are starting programmes by working with their Executive teams to develop ideas around how diversity can drive their core goals: teaching, research, the student experience and their impact on the world. This involves, among other issues, of developing solutions to the lack of women Professors, the bme student attainment gap the gender bias of certain subjects

We have initiated organisation-wide discussions in GCHQ, from their senior management to all their HR staff about the connection between diversity and their core security objectives. If it doesn’t help them defeat ISIL and keep us safe then diversity is going to slip down their agenda.

We started the programme with an unusual session. Before tackling the diversity question, Roy performed Heathcote Williams’ great poem about Alan Turing, the hero of Bletchley Park during the war and the man often credited with the invention of modern computing.

The work has thrown up intriguing questions. For instance: how do they recruit British people with the language skills, cultural understanding of the countries where the threats are currently coming from – often the country of origin of these British citizens? How do you recruit people with the kind of skills on the internet which are agile enough to defeat the hackers? Can GCHQ recruit hackers!?

They are now examining their recruitment processes across the piece and their employer brand to see how to diversify their staff in order to equip them for the increasingly diverse nature of the threats.

In among the urgent and broad questions about diversity for the Police, we have been concentrating with them on one particular aspect: how to diversify successfully their Direct Entry Scheme for Superintendants?

Their experience to date has been that they have not been attracting a diverse enough group of applicants and they have begin to question that, with those they have attracted, is the process of application squeezing out the very difference they want to achieve?

We have worked with the National College of Policing, the National Police Chiefs' Council’s lead on Workforce (who Chairs the Direct Entry Scheme), the Met and a number of other interested parties to analyse what is happening in the process and how it can achieve its aim of greater diversity in the senior ranks of the Police.

Again, the interesting questions are about what is the real link between diversity and good policing. Often this is assumed to be a demographic one. And to some extent it is. If you are Victor Olisa the Borough Commander of Haringey you will want Police Officers who look like and understand the community of Haringey. However the example we also use is of the success of the relationship between the LGBT community ion Brighton and the local Police. It was developed by an officer who isn’t (last time we asked!) gay. He made a policing decision. He saw crimes going unreported and, when they were, he saw witnesses disrespectfully treated. So he realised that building trust was the answer to a policing problem in the city. Diversity – recognising, valuing and deploying difference – was the answer to a question of crime.

The desire to diversify the senior ranks of the police flows from the recognition that teams of greater diversity inn the leadership will lead to greater innovation, better problem solving, more flexible answers to police challenges. For the Police it also poses great challenges. Working with people who are different from you in situations where incredibly fast decisions are needed is arguably more difficult to start with than working with those who are very similar. Also difference can be a challenge to the kind of group discipline policing requires. The Forces – Army, Navy and Air Force - have met these issues head on and overcome them. We are working with the Police to achieve a similar level of success with diversity.

Research and recommendations for an e: learning programme. Extensive consultation with key staff at all levels on issues of age; race; faith; disability; gender; and sexual orientation.

Research, design and principal consultants for a major e:learning diversity programme for all staff in their London office. Created in partnership with Brightwave.

Delivering diversity and equality training to managers and staff.

The challenge was to recreate a typically ‘dysfunctional’ team during peak period (Christmas) and use this as a scenario to build self-awareness and team building skills with warehouse and transport managers. The scenarios needed to be realistic and the programme highly interactive and engaging. Effective teamwork within the delivery team, aligned with sound research and realistic objective setting contributed to a highly successful programme, whose overall aim was to make ‘One Team’ behaviours real in the work place.

We originally worked with the governing Council on their responsibility for equalities. From that developed a programme, driven by three detective groups, covering recruitment, promotion and the consistent application of policy. As the institution began to see the scale of the change and buy-in needed from the whole staff we developed The Big Message project. This is a series of sessions for some 400 staff in which they develop the practical and specific diversity message for the whole institution, designed to drive change and further enhance the quality of research and teaching and learning.

This is a pilot programme in British Gas (service and repair) where only 4% of staff are women. We are focussing on gender, the talent pipeline, company culture and the promotion of women and innovation. Launched at the Centrica Women's Network event in 2013, this involves about 20 volunteer 'detectives' from right across the business working on solutions to improve the culture for women already working in British Gas and to attract more over the next five years. In a sector that has been particularly male dominated, it is big challenge - one which astar-fanshawe and Centrica are both enjoying enormously and will break ground in the industrial sector.

A project that the Chief Exec called “From Compliance to Outcomes”. It enabled the Big Lottery to challenge itself on questions of diversity and enhance its performance in relation to disadvantaged groups (a particular objective for it its work). Through staff involvement the project solved a number of blocks to access to the Lottery and increased its confidence in dealing with questions of faith, ethnicity and disability.

With a refreshed management, they set about invigorating the organisation’s commitment to equality and diversity, starting from a need to understand and communicate with their tenants (and staff) better and therefore improve services to them.The Chief Executive commented at the end of the project: "Simon and Roy brought a hugely refreshing approach to encouraging diversity in our organisation, a fantastic blend of humour, challenge and expertise really helped us turn around our whole approach. By linking E&D to our core mission, Simon and Roy brought a sounds business and commercial rationale which was immediately picked up on by the whole organisation"

"astar-fanshawe helped bring equalities alive at the Big Lottery Fund, connecting the critical importance of essential values with business priorities that staff and leaders were able to tackle together. They brought focus and confidence to this area of our work."

“I have rarely been involved in a project related to legislative requirement which has so fully engaged governors and staff — academic and support."

"We were very impressed by your hosting and facilitating skills and how you kept the evening lifted throughout. I am sure you will be pleased to hear you were rated above average or excellent by everyone that responded."